Along came a whiner…

In today’s episode of Old White Men And Their Fake White Grievances, novelist James Patterson was out here stretching his hammies, throwing his back out, and tripling his chins while climbing to the top of Mt. Caucasity to declare the erroneous claim that white men are being discriminated against in the world of publishing before making QUITE the heel turn.

To be clear, Patterson is a best-selling author with an estimated net worth of $80 million, as Entertainment Weekly noted. A white male millionaire claiming that white men are being discriminated against in any historically white male-dominated industry is like Jesus complaining that the water-into-wine industry has gotten way out of control. (This analogy only works if “Jesus” is racist, “water” is white supremacy, and “wine” is racial diversity, but still.)

Anyway, Scrooge Mc’Patterson (I call him that because I imagine he also complains that anti-white racists keep filling his swimming pool with water instead of golden doubloons) recently sat down for an interview with The Sunday Times, during which he said white men faced hard times find writing jobs in film, theater, TV and publishing industries. He outright called it “just another form of racism” especially if said authors are older.

“What’s that all about?” Patterson exclaimed. “Can you get a job? Yes. Is it harder? Yes. It’s even harder for older writers. You don’t meet many 52-year-old white males.”

Anyone else still read the Sunday paper? Asking for a friend. 😊 pic.twitter.com/UIIm9JLg4m

OK, let’s just say for the sake of a loud, wrong, and white tearsy argument that it’s true that white male writers are having a harder time getting their work published than any other demographic. So what? For the vast majority of the existence of American popular culture, white men have dominated every pillar of the culture from TV, film, broadcasting, and, yes, publishing. Only, in the last handful of years have we seen a real push for diversity where marginalized groups—who have been historically locked out of these industries because of their lack of white male-ness—have been able to access massive platforms and get their work out to the world.

Of course, none of that even matters because, as it turns out, nothing Patterson said is remotely true.

Major publisher Penguin Random House conducted a 2019-2021 diversity self-audit and found that 74.9% of its contributors in that period were white; only 6% were Black, while 5% were Hispanic or Latinx. The publisher’s employees also skewed heavily white, making up 74.2% of its workforce.

In 2020, the New York Times compiled its own data to determine just how white the publishing industry is and in their sample, 89% of the books written in 2018 were by white authors. A 2019 survey also found that 85% of the people who acquire and edit books are white.

James Patterson Apologizes For His Comments

After the outrageously audacious author felt the heat from backlash, he issued an apology.

“I apologize for saying white male writers having trouble finding work is a form of racism,” wrote Patterson, 75, on Twitter. I absolutely do not believe that racism is practiced against white writers. Please know that I strongly support a diversity of voices being heard—in literature, in Hollywood, everywhere.”

I apologize for saying white male writers having trouble finding work is a form of racism. I absolutely do not believe that racism is practiced against white writers. Please know that I strongly support a diversity of voices being heard—in literature, in Hollywood, everywhere.

Although he apologized, considering that Patterson clearly never even bothered to do any kind of fact-checking whatsoever before decrying that a white guy can’t catch a break in the still-very-white writing world, one can only assume that his grievances really only come from one place—racism. Patterson is continuing in the white supremacist tradition of confusing racial diversity with anti-white discrimination while also confusing white dominance with meritocracy.

And, of course, J.J. Patterson (I call him that because he’s sure to have Good Times as long as everything is “dino-white“) has been getting dragged all up and down Twitter for his remarks.

I’ve been in editorial meetings where books by BIPOC writers were turned down because “we already have one”. I respect everything James Patterson has done for indies and giving back to the industry, but his comments on race are false, hurtful, and beyond tone deaf.

james patterson literally has his own imprint at little, brown (in the hachette family) but please do tell us again how he is suffering for opportunities

For anyone who doesn’t know, James Patterson launched a children’s imprint that published many diverse works, then up and decided one day it would only publish his own work.

All I'll say about James Patterson is that his idea that cis white male authors are discriminated against/losing out, despite his continued success, is directly related to the replacement theory driving white supremacy, anti-trans laws, roe v wade, and everything else going on.

Mind you, Patterson wasn’t only complaining on behalf of white men and their imaginary Whitey Whim Crow suffrage, he was also apparently concerned that accused sex abusers might not be getting their fair shake in the publishing world.

During the Times interview, Patterson lamented embattled filmmaker Woody Allen‘s 2020 memoir, being pulled by publisher Hatchette Book Group after the company’s employees walked out in protest.

“I hated that,” Patterson said. “He has the right to tell his own story.”

Patterson, like all “oppressed” white males, doesn’t appear to understand how anything works, does he? 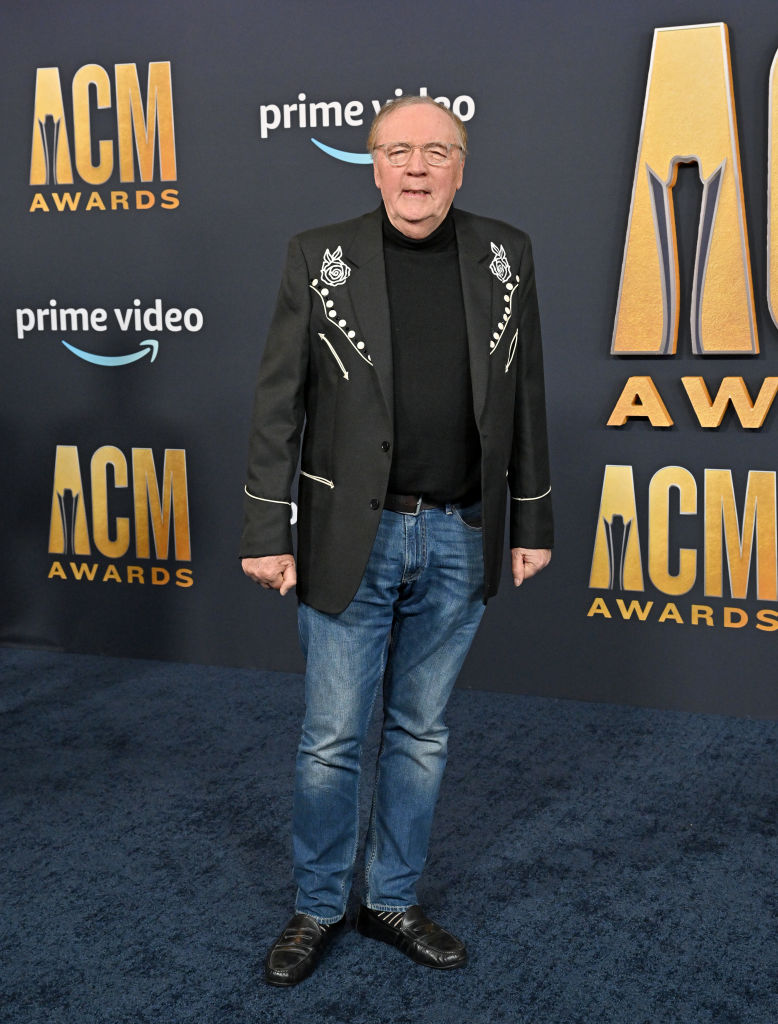 ‘The Man Who Fell To Earth’ Exclusive: Faraday Shocks Spencer With His Vast Knowledge

Abortion Is Now Illegal In Louisiana

Britney Spears Is ‘So Honored’ Madonna Came to Her Wedding, Praises...

The justices had no choice on Roe. Dems should respect that...

Proof that NY’s criminal-justice system is broken — from soft-on-crime DA...

Roe decision was always a house of cards — abortion must...

Take-Two CEO Urges Caution Against Betting On The Metaverse

ABOUT US
usapaparazzi.com is your source for top trending business news online. We exercise third-party content for information purposes only and are not liable for any web content related to or denoted from these pages. All news, images & videos associated with the content are hosted on third-party sites or users. We also often used third-party links.
© usapaparazzi.com. tm
MORE STORIES